(No reviews yet) Write a Review

During my visit to the Clare Valley in December 2015, which was shortly after the bush-fires came very close to torching both Clare & Barossa Valley wine regions.  I headed up to Clare in search of 3 things - Jim Barry Wines, The Riesling Trail, the infamous AP Birks Wendouree and their winemaker Tony Brady (which will remain a mystery until my next visit).    The Clare quickly went up in my books as a favourite region to visit, super friendly locals that took some time to share with us their knowledge of the region and their story.

Outside of the Langtons Classification Exceptional wines, I was blown away by the consistency of vino throughout the region.  Here are some of the wineries that caught my attention - the up and coming Shut the Gate & Mad Bastard Winery, run by former Jim Barry Winemaker Mark Barry - clearly named his new venture Mad Bastard after himself!!  We had a great chat and he had me in stitches for a good hour.

Arriving at Jim Barry Wines, I was meet by his grandson, current winemaker and all round top guy - Sam Barry who showed us around the winery and drove us to where their Armagh vineyard is where he surprised us with the newly bottled 2012 Armagh and from what he said we were the first punters in the trade to the 2012 vintage prior to their Member release... Amazing!

We purchased the 94, 95, 97, 98, 99 and 02 Jim Barry Armagh from the winery which was a pre-order by Chris Martin from Cold Play and we have limited supply for our selected mailing list only customers.  Provenance 100% guaranteed with these beauties. 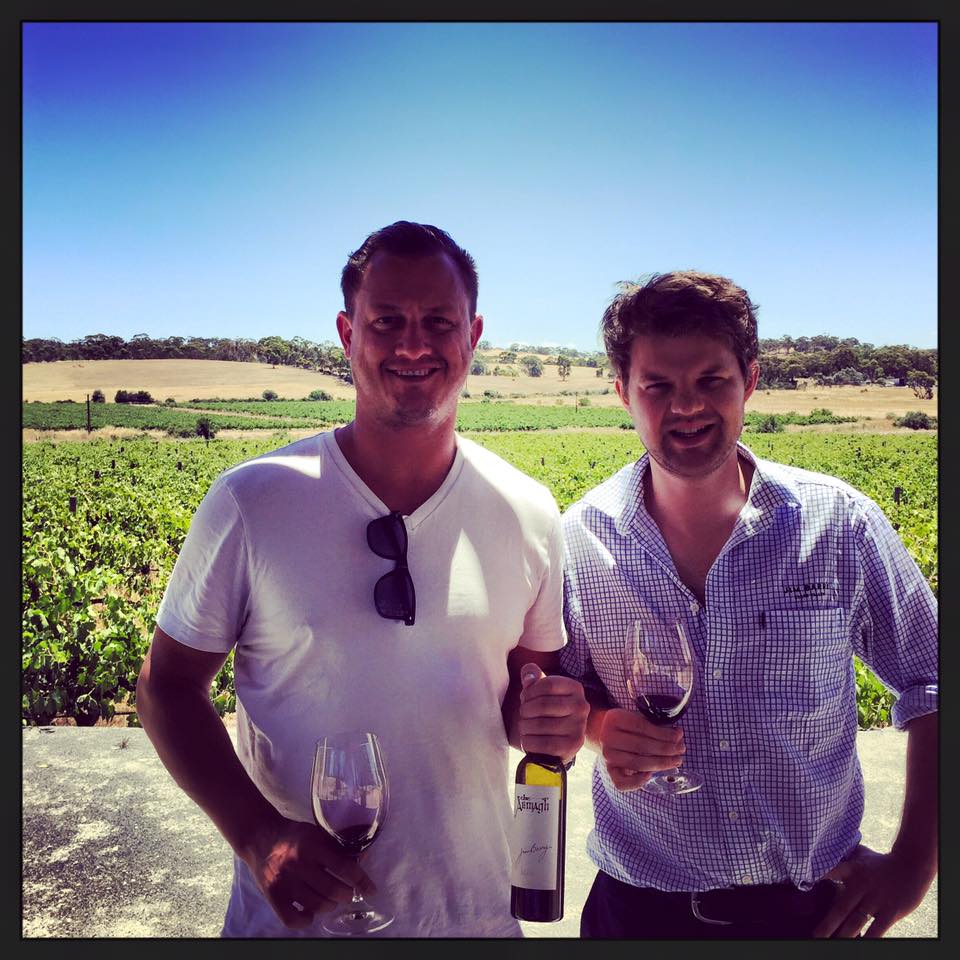 About the Jim Barry Winery

Located in the cool uplands of the North Mount Lofty ranges around 50 km north of Adelaide, the vineyards of Jim Barry were built in Clare in 1959. This is a family run winery focused on creating quality wines through a creative way to deal with viticulture and wine-production technology. Jim Barry Wines' 'The Armagh' Shiraz has been raised to "Excellent" in the Langton's Classification of Australian Wine VI. The Armagh was one of just four wines to be lifted to the most noteworthy classification.Peter Barry, Managing Director of Jim Barry Wines said he was "excited to have 'The Armagh' perceived along  these  lines. "In 1985, my family and I chose to make a benchmark Australian Shiraz from the first vineyard that my guardians, Jim and Nancy planted. We needed to bond a spot for the Clare Valley as a world class wine creating area.

Profound garnet-black in color, it shows a beautiful choco-mint and mincemeat nose with indications of smoky bacon, espresso, tobacco and cumin seed. The rich, full-bodied tissue is very much upheld by exceptionally fresh corrosive and a medium-high state of extremely velvety tannins. The completion is long loaning waiting notes of mint, espresso and baking spices.

(No reviews yet) Write a Review